We arrived in Swindon and transferred to Cirencester for free-time and had an evening tour and tasting at the renowned real ale Coriniom micro-brewery, and then returned to Swindon where we were free to dine at leisure.

We had a private visit to Coate Water Minature railway with a variety of locos running including this American Mikado No. 1942 "Screaming Eagle". The railway is approximately a mile in length and winds its way around a section of the country park through tunnels and up steep gradients. 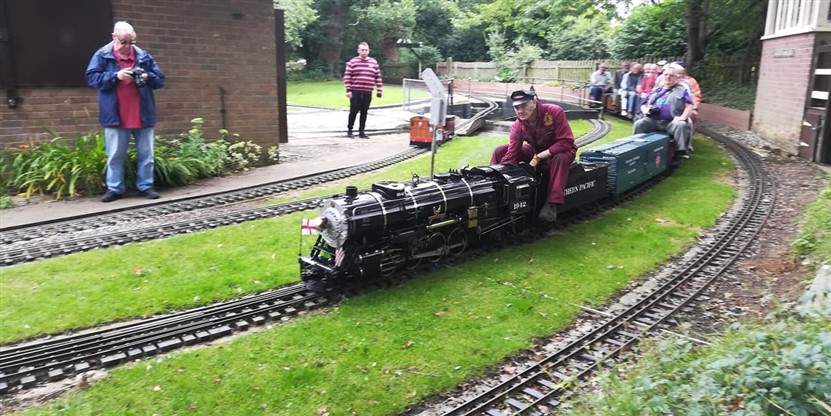 Another private charter was organised on the Somerset & Dorset Railway along with lunch in their buffet car. Working the train was this unusual Sentinel Vertical Boilered Steam Loco No. 7109 "Joyce". 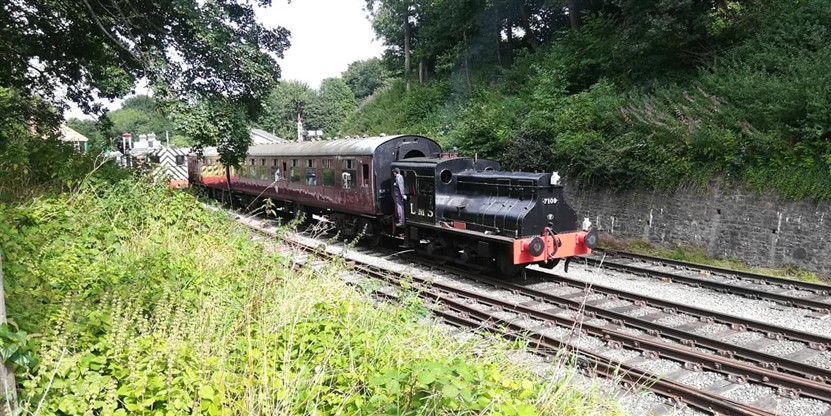 Day 3 - The Lost Village of Imber and Imber Bus Rally

The Annual Imber Bus rally which gives the bus passengers a race chance to visit The Lost Village of Imber.

After taking the train from Salisbury to Warminster we were met with a variety of London Buses past and present outside Warminster Railway Station. The bus journey to Imber took us over the scenic Salisbury Plane to Imber and on the Gore Cross Bus Station which is only there once a year! From Gore Cross buses run to a few of the other surrounding villages including Chitterne where the picture below was taken. 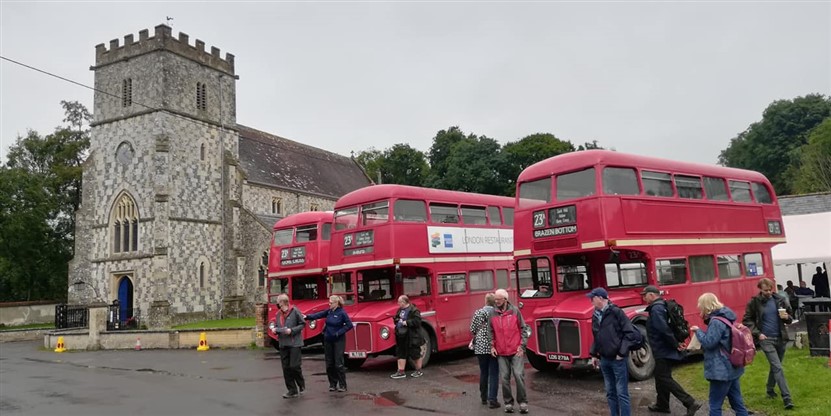 A day of steam on the Dean Forest Railway which saw Great Western Railway Small Prairie No. 5541 working trains on the attractive line through the Forest of Dean recalling the days of the Great Western rural branch lines. 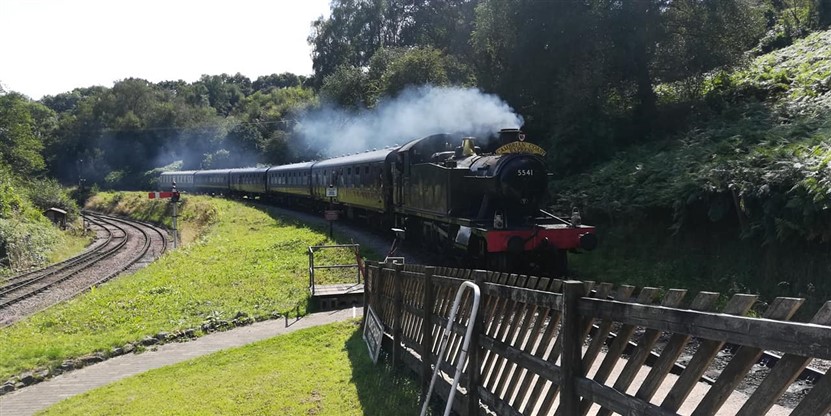 A museum situated in part of the old Swindon Locomotive Works. A variety of Great Western Steam Locomotives are on display and the museum not just tells the story of the locomotives and trains but the people of Swindon and the Great Western Railway. 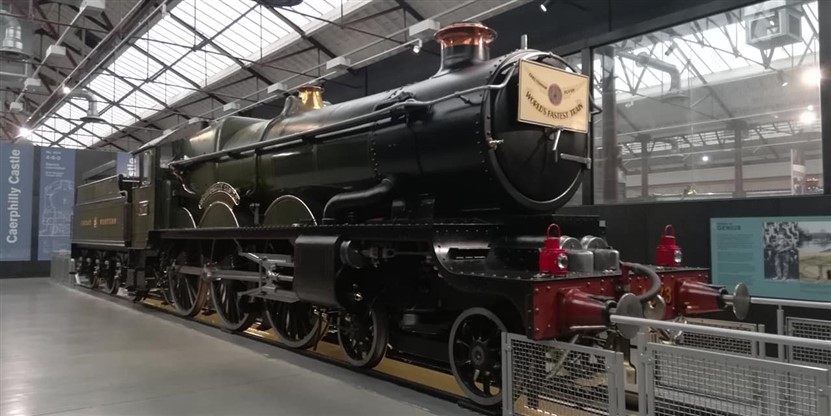 Following our customer questionnaire's and our independent customer review site Feefo, The Lost Village of Imber tour was a great success.